‘The Desert Empire’ is a long essay Sibley wrote for Harper’s magazine in 1977, a drought year throughout the American West, and one of the five driest years in the recorded history of Colorado River flows. It is part celebration of the accomplishments that enabled the Colorado River Basin to survive that year on close to a ‘business as usual’ status, part a reflection on the history that led to those achievements, and part a rumination on how more of the same in a heavy growth environment could undermine the whole river enterprise.

In its desperate search for water, the American West meets the limits of the technological ideal.

Anyone interested, for whatever reason, in the :study of water in ‘the West will in the end concen-trate on the Colbrado, wildest of rivers, foaming, raging, rushing southward-erratic, headlong, in-congruous in the desert.

~ John McPhee · Encounters with the Archdruid

“THIS IS A STORY about a river, but it is also about the desert. I should begin by admitting that I am no lover of the desert. I find a certain fascination in its strange, disturbing beau-ty; but I am ultimately repelled by the heat, by the dead stillness when it’s still and the spinning dust sentinels when it’s not, but most of all by the dryness…. ” 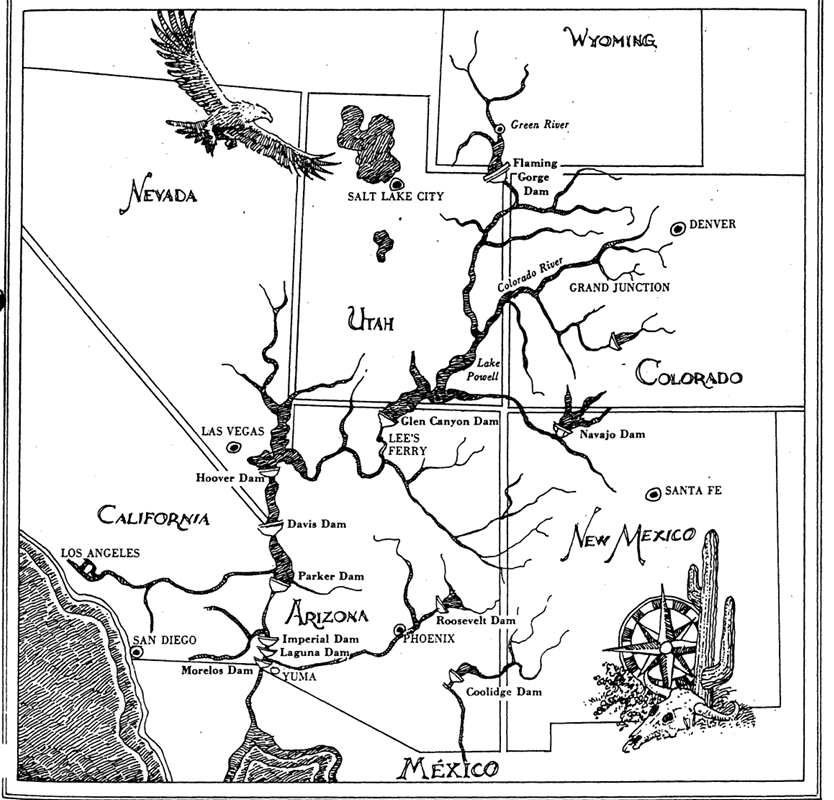