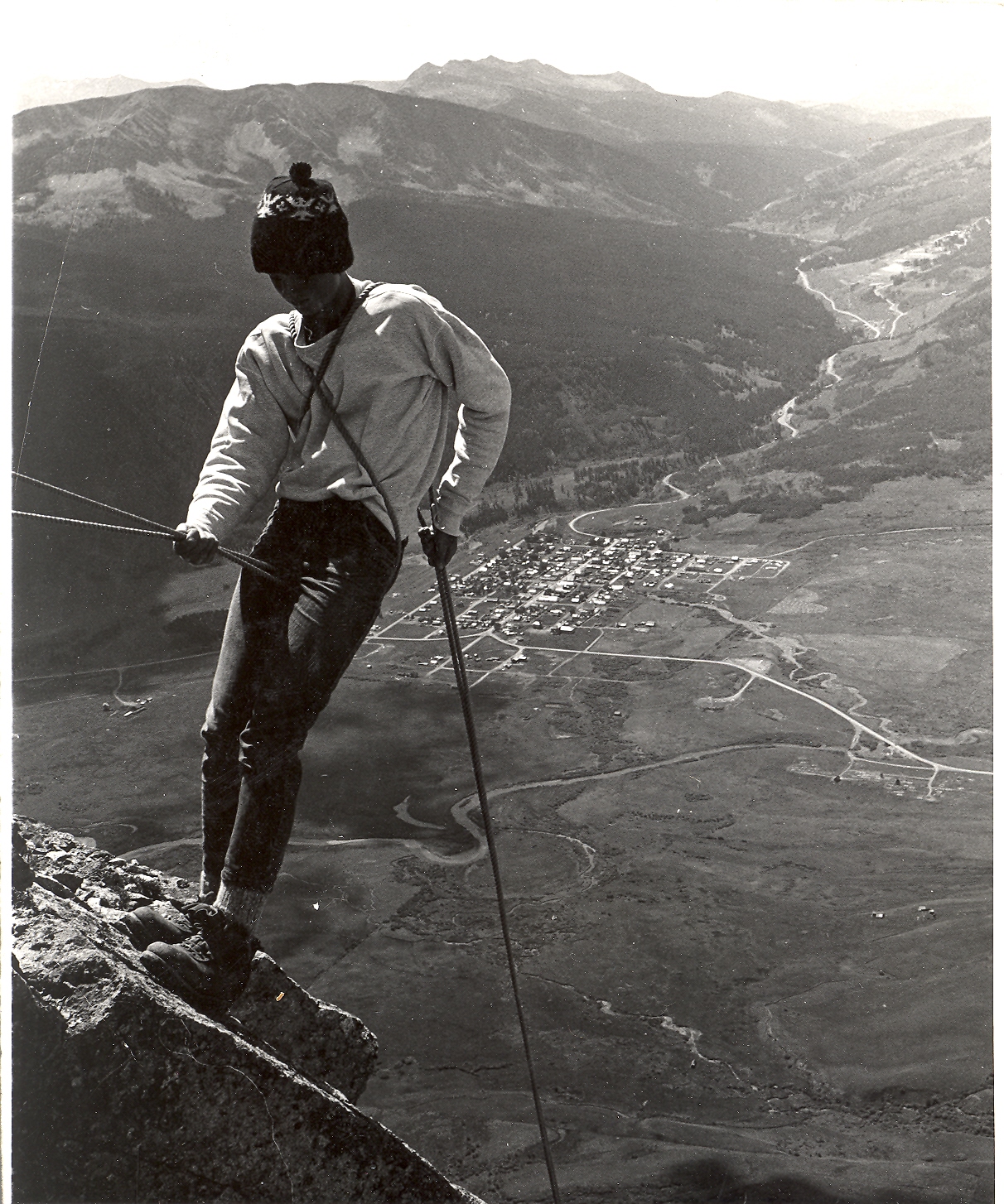 Down on the Ground with Sense of Place – at 50 Years

‘Sense of place’ is a term that gets used a lot today, but like all terms that get used a lot, its meaning gets as spread out, shallowed and lost in its own debris as a snowmelt stream in October.

Wallace Stegner might be credited with formalizing ‘sense of place’ as a concept; he discussed it in a short essay titled ‘The Sense of Place.’ But he also brought in enough observations from Wendell Berry to think the credit should be shared. Starting from Berry’s observation that ‘you don’t know who you are if you don’t know where you are,’ Stegner charges us all to come to know more deeply where we are –

…the kind of knowing that involves the senses, the memory, the history of a family or a tribe…the knowledge of a place that comes from working in it in all weathers, making a living from it, suffering from its catastrophes, loving its mornings or evenings or hot noons, valuing it for the profound investments of labor feeling that you, your parents and grandparents, your all-but-unknown ancestors have put into it.

That is a large order for the restless inhabitants of a mobile nation where only a fraction of us have even been to where our ‘all-but-unknown ancestors’ lived, let alone lived there long enough to learn how they felt there. So the concept has been loosened up to the extent that people are now speaking of their ‘sense of place’ a year or a month after they arrive. ‘Place’ gets confused with ‘property,’ here in the real estate development called Colorado: a sense of place may be presumed to come with the deed of ownership. All this is especially true in places like Central Colorado, places abundant with great natural beauty, majesty, grandeur, challenge, whatever stirs your rocks; it is probably harder to develop a sense of place in, say, an urban slum.

I’ll confess that I have often spoken of my own sense of place here in the Upper Gunnison River valleys, but I’ll also say it no longer such an easy concept as it was years ago. It’s a good time for me to be thinking about this because this fall I celebrate my personal ‘golden anniversary’ of making Central Colorado my ‘place.’

I actually first did time in the Upper Gunnison in the winter of 1966-67, working on the patrol at the Crested Butte Ski Area. I enjoyed the winter, enjoyed it a lot, but left right after the season ended and went back on the road – a month in Mexico to warm up, a summer job with a friend in Boston doing stagecraft for a summer theatre, a trip to Montreal for the ‘Expo 67’ world fair, and finally a long rambling hitchhike back to Colorado via my Pennsylvania hometown and a few friends en route. I decided to go back to Crested Butte for another winter, first because they’d said I could, and second because I didn’t have any other good ideas.

I was not, however, prepared for what I found in Central Colorado and Crested Butte when I finally got here. I had not been in these mountains when they weren’t covered with snow, and I returned in September 1967 at the beginning of the most glorious Indian Summer I’d ever seen. The aspen were just beginning to turn, translucent green going to translucent yellow. The only word for it was a new word in the cultural lexicon that year: psychedelic. Under a sky so clear that one morning I realized I could still see Venus above at mid-morning.

I spent that autumn on the payroll at the ski area, getting the mountain ready for the winter – wandering all over its scarred-up slopes like a flea on a pumpkin, lowering stumps, cutting brush, blowing up rocks, and the like. The days on the mountain segued into nights in town where everyone seemed as charged by the mellow Pacific High settled over the Southern Rockies. ‘Everyone’ was actually a moderately intimate group – a handful of business people from back in the coal-mining era, another handful of business people associated with the incipient ski resort, a handful of hardrock miners working in an on-again off-again mine in Mount Emmons, and a handful of new young people – what the larger world was beginning to describe as ‘hippies.’ This was the ‘Autumn of Love,’ remember.

There were frequent meetings that fall, some in various livingrooms but most of them in the bars, all about the future of this – place. Various organizations were proposed to answer questions running the spectrum from ‘how can we protect this place’ to ‘how can we develop this place’. The organizing idea that won out was an organization to encourage artists and other ‘creatives’ to come rather than just ‘raw tourists,’ for summer classes in Crested Butte and other summer events, in hopes they might relocate here, joining other educational organizations like an existing Law-Science Academy run by an Oklahoma lawyer-doctor, or the University of Kentucky geology field camp that roughed it down the road in a campground. The new organization, the Crested Butte Society, signed a lease agreement with the School District for the town’s two school buildings.

Probably the highest day that fall was the day the Society held a work day to reroof the town’s oldest school building, a beloved building that the town had nonetheless let go. Thirty or forty people showed up to either help or mill around, mostly new people like me and the other hippies, but also a few old hands who actually knew how to tin a roof. The good news was no one fell off the roof that day; the bad news was that we didn’t quite finish, and the next day we woke up to new snow that cancelled work for the winter. But enough had been done to reverse the deterioration of the old building – and with that one day of action everyone involved had made the town ‘their place,’ even though few of us knew the place the way Stegner and Berry said we should.

I think back on that fall, 50 years later, and see that a ‘sense of place’ evolves the way all actual love evolves. It starts with ‘love at first sight,’ which is not really love but just a sense that, with this person or this place, it will not be a casual thing; it will be serious, intense, fraught with misunderstandings and fights, and if it lasts, it will change one in ways that will be surprising, maybe even disappointing.

Fifty years ago, I think we all felt like we were on our way to fulfilling another Stegner charge: to create ‘a society to match our scenery.’ It takes a while to realize what a superficial charge that is, because scenery is superficial. Only once you begin to know a place, the way Stegner and Berry say you have to, do you learn that beneath the scenic surface, all beautiful places, like all beautiful women or men, have difficult and unbeautiful qualities.

At the fifty-year mark in our relationship, I’ve discovered over the years a lot of flaws, blemishes and problems in this place that I embraced so totally in 1967. I am increasingly bothered by our inability to live in a more independently symbiotic relationship with this place. We have to import nearly everything we need here to feed, clothe, house, power, and even entertain ourselves. My sense of place is cluttered with all of those distant extensions, the trucks, pipes and wires that bring what we need to live here. It also includes awareness of the places from which we lure the flocks of visitors who drop (we hope) enough money to send right back out to pay for everything we need. Like it or not, Denver, the whole urban-industrial mainstream I came here to escape, is part of my place.

My sense of place, so pure, positive and lovely 50 years ago, is also tainted now by my awareness of all the things I’ve done that change the place: cranking an annual tonnage of carbon products into the atmosphere, dropping a tonnage of diverse wastes into the landfill and sewer, hauling tree bodies out of the forest ecosystem to warm my larger-than-necessary house, et cetera.

Against those negatives, however, I can balance a lot of work I’m doing on making better sense of the way we use and abuse our water here in the valleys; I’ve been part of a number of efforts to better know and acknowledge our place and its qualities; our garden is part of a community effort to do more to feed ourselves here; I’ve attached a greenhouse to our house that becomes a little solar furnace on sunny days in winter; I really try to cut car use, at least locally; and we prefer to go to town, not to the TV, for entertainment.

In sum – knowing what I’ve learned over the past half century (including a separation of several years over differences that felt irreconcilable) – I guess I’m still in love with the place. Maybe moreso, but with a different, deeper and more honest sense of place.

George Sibley lives in, works in, and loves the Upper Gunnison valleys and Central Colorado in general.